Voting is Open for the Cougar Madness Fantasy Four

The matchup that was a head scratcher was Tiffani Thiessen vs. Heidi Klum. Everyone’s crush from the 90’s started off ahead of Klum at the beginning but it was long before the model/milf flexed her muscles. 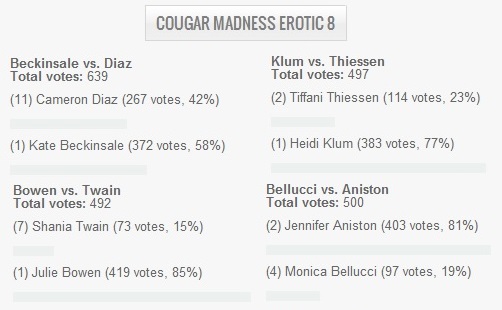 The Midwest region saw a matchup between perennial Fantasy Four bound babes Jennifer Aniston and Monica Bellucci. Most of us expected a closer matchup than what the numbers showed.  Once again, though, Aniston is in the Fantasy Four. Could this finally be her year?

So now we are down to our Fantasy Four! The voting is now open and will run through Thursday at 5 pm. After that, voting will open for the Cougar Championship and that will run until the final buzzer of the National Championship on Sunday night! Below are the matchups and updated bracket! 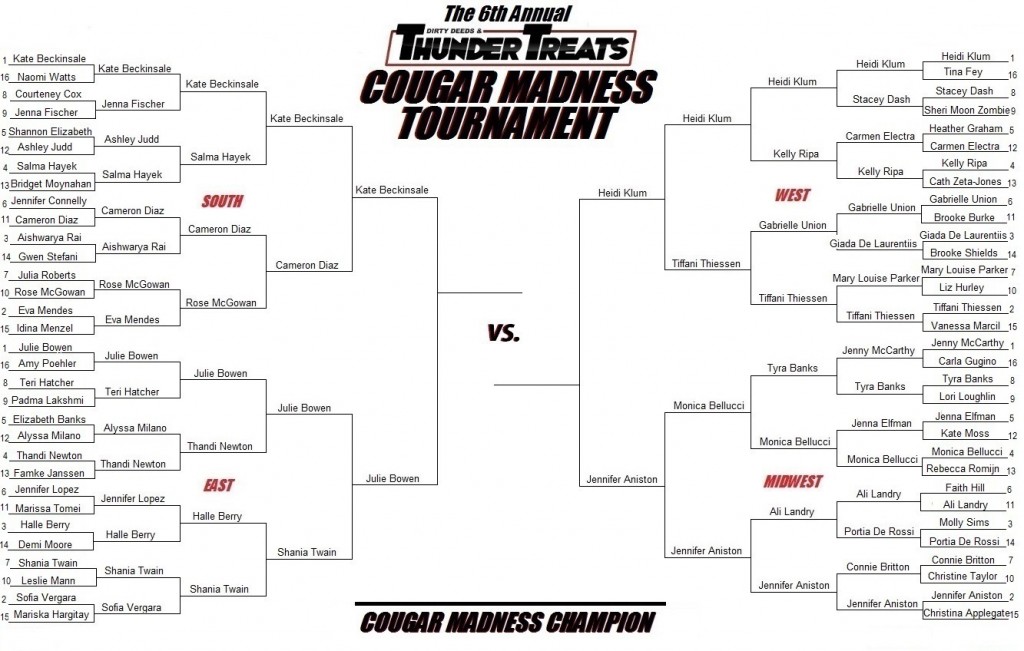