Just like the real March Madness tournament, Cougar Madness will be down to it’s final four cougars by Monday. All you have to do is vote for your favorite cougar and spread the word. Which I know you can do because you did a wonderful job during the Sexy 16 where you turned out nearly 2,500 votes.

Most of the matchups in the Sexy 16 were blow outs, and predictably so. Jennifer Aniston continues her run at her first championship after taking down Doritos girl Ali Landry. Monica Bellucci showed Tyra Banks that she has a lot of work to do to catch up to her, taking 85% of their votes. One seeds Julie Bowen and Heidi Klum also won more than 80% of the votes in against Thandi Newton and Kelly Ripa, respectively.

Below are your matchups and your updated bracket! Be sure to follow us on Twitter for updates throughout the tournament! Voting goes until noon on Monday! 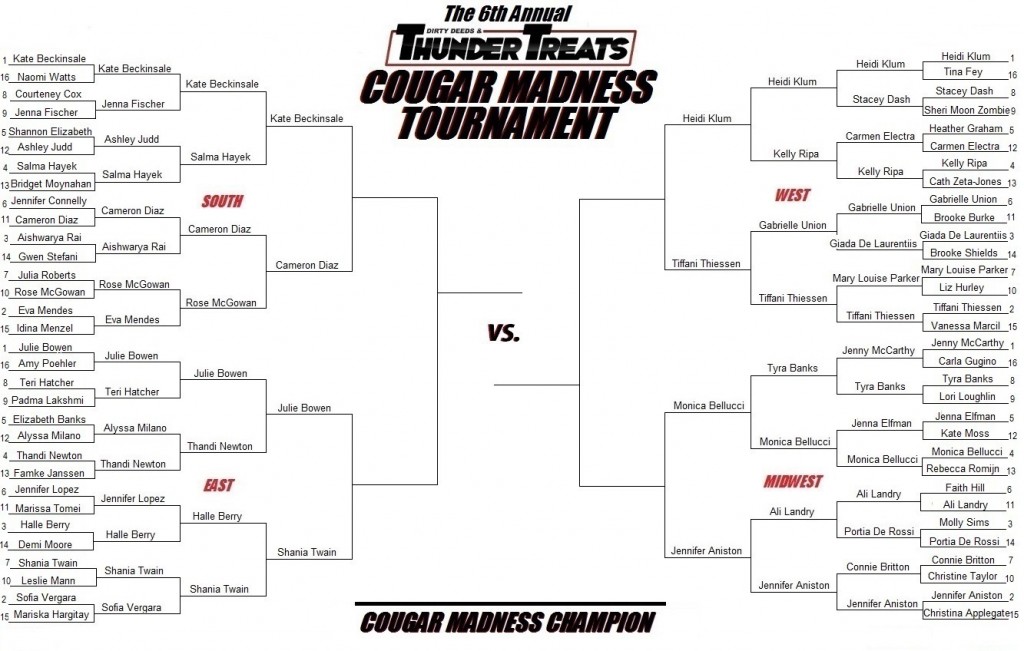