Every year, we run into the same predicament where there is a fresh crop of babes that turns 40 and it forces us to make the hard decision of who goes and who stays. This year was probably the hardest so far since there were so many women turning 40 (today was the deadline). For instance, TWO of the top seeds this year are rookies. Kate Beckinsale and Heidi Klum are the newest member of the 40 club. They join last years winner, Julie Bowen, and Jenny McCarthy on top of their respective regions.

Below is the Cougar Madness bracket which you can click to enlarge and print. Below that are all the matchups by region because I love you guys and know how much you need visual stimulation! 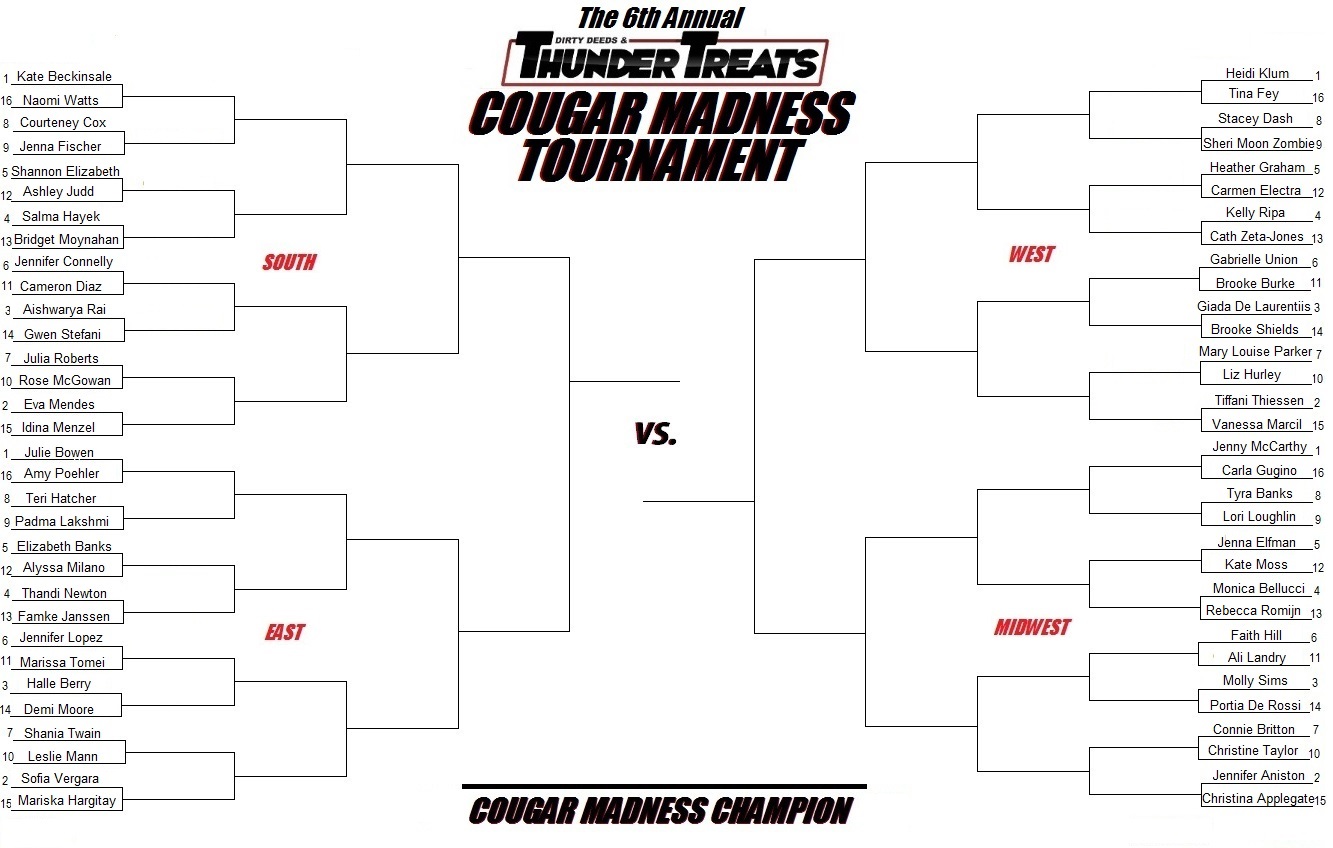