It all comes down to this, folks. Thunder Nation has spoken and the 2014 Cougar Madness Championship will pit rookie Kate Beckinsale vs. veteran Jennifer Aniston.

Personally, I couldn’t be happier to see Aniston in the finals. It has been a tough five years for her, having never gone this far in the tournament. She has always gone home early but now this could be her year.

With that being said, nothing about this final will be easy. Kate Beckinsale is obviously a fox and we all know this won’t be her last final. So will Thunder Nation side with Aniston and throw her a bone?

Only time will tell.

But remember, Aniston has already taken down rookie Heidi Klum, so I wouldn’t necessarily count her out of this tournament.

Voting is now open and will go until the final buzzer on Monday night! Spread the word and help your favorite cougar bring home the Cougar Madness Championship! 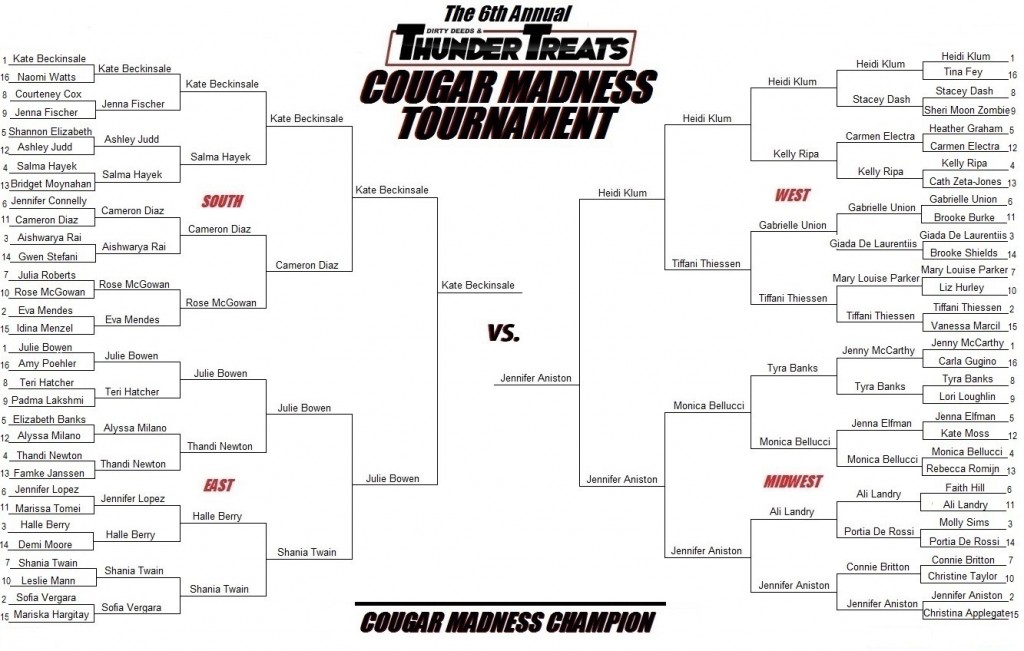