No, we aren’t talking about a semi-pro basketball team with awful promotions and a couple of has been ballers that may or may not resemble Dennis Quaid.  We are talking about a full-fledged NBA franchise that is preparing to call themselves the Pelicans.

The rumor of the name change was one of the more poorly kept secrets in America and something most, at least myself, couldn’t imagine happening.  Unfortunately, those fears will come to fruition today at approximately 5:30pm Eastern Time.  At that time the New Orleans NBA franchise will take the name that represents their state bird as well as their very successful minor league baseball team (Ed. Note: No reason not to believe there were has been pitchers that resembled Dennis Quaid).

It is going to take a while, perhaps even longer than a while, to get used to this name.  It might not be so hard to get used to the name change for the older folk in the Big Easy who were around for the glory days of the Pelicans baseball team, but for the younger generation, it might take some time.  And by “younger generation” I of course mean the entire demographic that the NBA reaches.  Just sayin’.

One thing that can be knocked on over the “pro” side of this name change is the chance for the city of Charlotte to get its mascot back.  Another pro could be all those late twenty somethings in Charlotte with their Hornets Starter Jackets on moth balls, just waitin’ to be busted out!  The only con with Charlotte taking back the Hornets name is the cluster F it would cause down at the league office when trying to sort out team and franchise records. 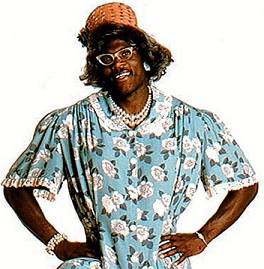 If that wasn’t enough to fry your brain, pour over this little number from a New York Times article today.  His scenarios are just as twisted as mine.

Charlotte would have a history dating to only 2004, when the Bobcats began play. The records and statistics of the Charlotte Hornets from 1988 to 2002 would be credited to the Pelicans. To confuse matters more, the Sacramento Kings, potentially headed to Seattle under new ownership, could reclaim the SuperSonics name, though the history of that franchise, which played in Seattle from 1967 to 2008, would presumably still be owned by the Oklahoma City Thunder. The Kings’ history, which began in Rochester in 1945 and included stops in Cincinnati and Kansas City, Mo., would remain with the team in Seattle.

Seems a little unfair to throw the other teams in the mix, but it goes with what we are talking about.  There really is no way to keep everything straight except for, I’m guessing, putting parenthesis where they are needed in the record books?  So when they list Ray Allen tied for most three-point field goals made in a half against the Hornets in 2002, the record book should look something like this…

I think I gave myself a migraine.  Is this supposed to be fixed or does it need fixed at all?  Maybe this is just the way things are.  We can’t just say that records and stats stay with a city because then what happens if the city loses it’s team without getting an expansion team?  It’s an endless loop of questions and scenarios that I don’t think will ever end.  All I know is that if you ask Grandmama and Muggsy who they played for, they are saying “The Hornets” even though the record books might say something else.

Thanks to Lob Shots for posting the new logo.