The UCF Knights were dead men walking after turning the ball over with 1:47 remaining in the AAC Championship game. If it weren’t for ECU doing the worst job of moving a ball forward in recent memory, the game would have ended with the Pirates hoisting the hardware. Instead, the Knights got the ball back with enough time for two plays.

And that’s all it took.

With no time left on the clock, Knights quarterback Justin Holman threw the deep desperation pass to receiver Breshad Perriman who was in double and a half coverage.

Seriously, the one dude was getting ready to take his helmet off while Perriman was catching the 51-yard touchdown pass.

The first thing you learn in football as a defensive back is SWAT DOWN A HAIL MARY. This is going to become a five second instructional video. 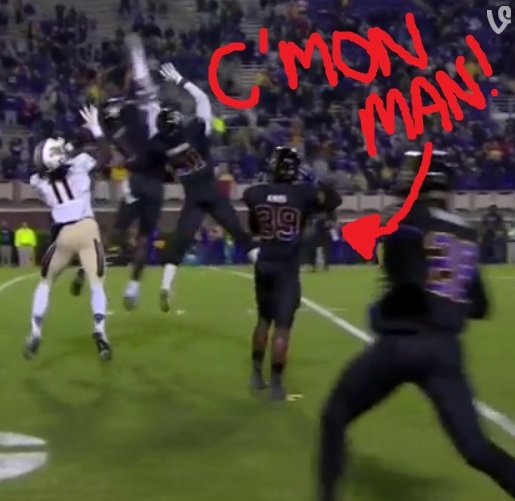