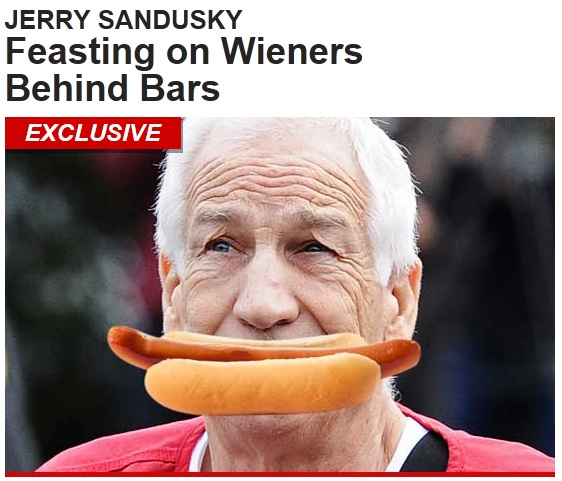 TMZ, who is known for some of the more stupid headlines…and sometimes stories…gave us this gem today.  The story they were reporting was that Jerry Sandusky has been moved from Centre County Jail to Camp Hill Correctional facility.  He will remain at Camp Hill for a few weeks until he is transferred again to a jail where he will more than likely serve out his sentence.

I imagine when the TMZ staffers found out that hotdogs were being served at the prison, they all immediately started to giggle at the possibilities for headlines.  Usually, I would assume, that is where the fun stops.  I am all for eye catching, attention grabbing headlines but this is just stupid and disgusting.  Do the right thing, TMZ.