Three star defensive end prospect Davin Bellamy (in the green Nike jacket) must have book smarts.  I say that because it is clear that street smarts packed its shit up and left quite some time ago.  Two days before National Signing Day, this jug head posts a picture of himself with a bong and some babes from Oregon during his recruiting trip to the University.  Was the bong being in the picture just an oversight?  Did your future defensive end completely miss the big ass glass bong directly to his left?

Call me crazy but if you are recruiting a defensive end you probably want him to have at least a shred of common sense and good use of his peripheral vision.  I can only assume Bellamy runs faster than that little kids grandma with a cheetah on her back. 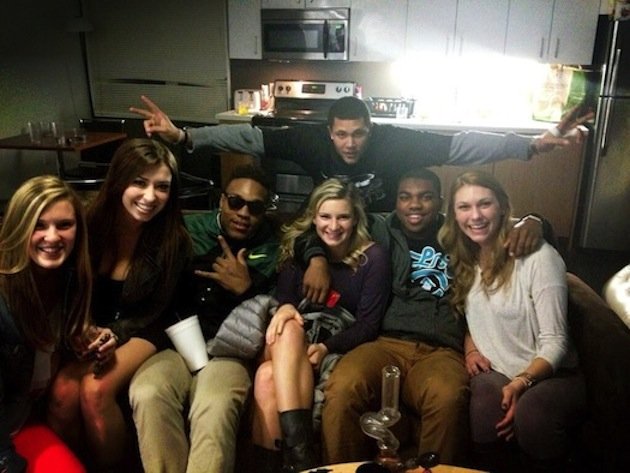 Two more notes before you go…One, I have no idea if Bellamy used the bong, but just having it in the picture is a negative impact on his character.  Two, I definitely did Google research to see if Bill Bellamy had a son named Davin because c’mon on!