A sweep that most Detroit fans will point out was 1.) Against the Mariners and 2.) Took three walk offs to complete.

In fact, the very purpose and inspiration for this post was my old roommate from Vegas @Z4Willy.  The man who hates Cleveland more than any Steelers fan I know.  He cannot stand the city and its fans.  In fact, the only thing he may hate more than the Indians are the umpires.  Seriously.  Just follow him on Twitter.  Anyway, he started trolling the Indians fans this morning on Facebook with this…

Of course that cute little status turned into a heated debate between myself, Zach and some of his other friends.  That debate got me thinking about the Indians fans and the Tigers fans and how there might be, in my opinion, two different types for each team.  Actually, this logic could technically go for any team in pro sports but for right now we’ll just focus on the Indians and Tigers.

One of the more heated, yet underrated, rivalries in Major League Baseball has been between these two clubs and this season the two will see each other a total of 19 times.  This will give each fan base plenty of time to think of some new, creative things to say to each other.  However, within each of those fan bases are two types of fans, a Type A and Type B.

For the Indians, their Type A fan is the person who begins following the Tribe during Opening Day, with no idea who is on the roster.  They “follow” the team until the All-Star break, depending on their record, and then usually fall off of the bandwagon by mid-to-late July.  They can often be heard making grandiose claims in May (i.e. See ya in October!). They give up on the Indians and start to focus on the Browns, even if/when that too looks to be a dead-end.

The Type B fan the Indians have is the diehards.  This group follows the offseason movement of the team, tracks the spring training to see who is doing well and can probably rattle off the most up to date 25-man roster for the team.  When they talk about the team, they tread lightly because they all know the season is, and always will be, a slippery slope for the Indians.  They will also get extremely defensive when Tigers’ fans start to criticize their team.

Detroit has two sets of their own fans as well.  Their Type A is much like the Indians’ first type but without the problem of falling off the bandwagon.  These fans are the people who taunt and try to start arguments with Indians fans, but end up spewing useless rhetoric that borders insanity (The Indians won’t beat the Tigers once this year) because they haven’t really followed their team, they are just going off the predictions from ESPN.

The Type B Tigers fan is a die-hard, like the Tribe’s Type B but with a chip on their shoulder.  Although, no one really knows why they have that chip on their shoulder.  It could be because no one in the American League has lost more games in one season than the 2003 Tigers (119)**, but I digress.  They absolutely have more hate towards the Indians than the Indians Type B fans have toward the Tigers.  They know their ball club and can get into very interesting heated debates.  Often times they will end their arguments with a “talk to me in October”.

If you need more clarity as to what I am saying, let me put this in terms everyone can understand. 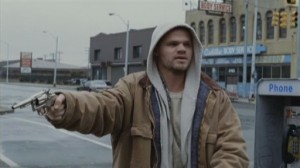 The Indians die-hard fan is like Cheddar Bob.  Sure, the fans want to be part of the AL Power Rankings but they are often times left out because no one believes their team has what it takes to shine.  Because of this, they are forced to work harder to prove their points and often times they will shoot themselves in the foot—or leg—with a dumb comment or prediction.

On the other hand, the Tigers die-hard fan is like Papa Doc.  With a payroll nearing $150 million, they can quit with the chip on their shoulder bullshit. You’re supposed to be good.  The fans think their ball club is the best and challenge anyone to say otherwise.  These fans are gangsters? Their real name’s are Clarence. 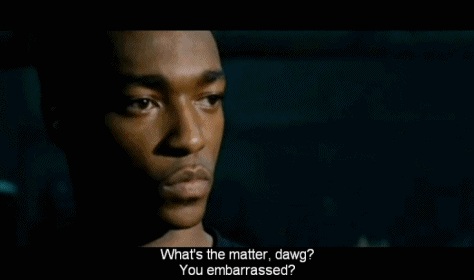 And, from what I’m told, Clarence parents have a real good marriage.

Detroit is a powerful, powerful team with stacked starting pitchers.  The Indians have a lot of power in their lineup as well, but will only go as far as their starting pitching will take them.  But, for some reason, both sides will throw all of that out the window for an argument.  The Tigers fans say the Indians fans are bandwagon and they won’t make it to October.  The Indians fans say the Tigers are overrated and Miguel Cabrera is on steroids.   They will never see eye to eye…except when it comes to the White Sox.

Welcome to May baseball in the AL Central.

**Just a touch of extreme Indians bias had to be included