Anheuser Busch InBev released this ad to run in the St. Louis Post-Dispatch and in Sports Illustrated after the passing of one of the greatest hitters Major League Baseball has ever seen.  Stan Musial, who was a 24 time All-Star selection, died January 19th at the age of 92.  Even more impressive than his 24 All-Star nods is the fact that he played all 22 of his professional seasons for the St. Louis Cardinals.

So Anheuser Busch gave a fitting tribute to The Man that called the STL home for many years.  Some people think it is a shitty way to try and sell beer but when I look at it, I see a tribute, not a beer ad. 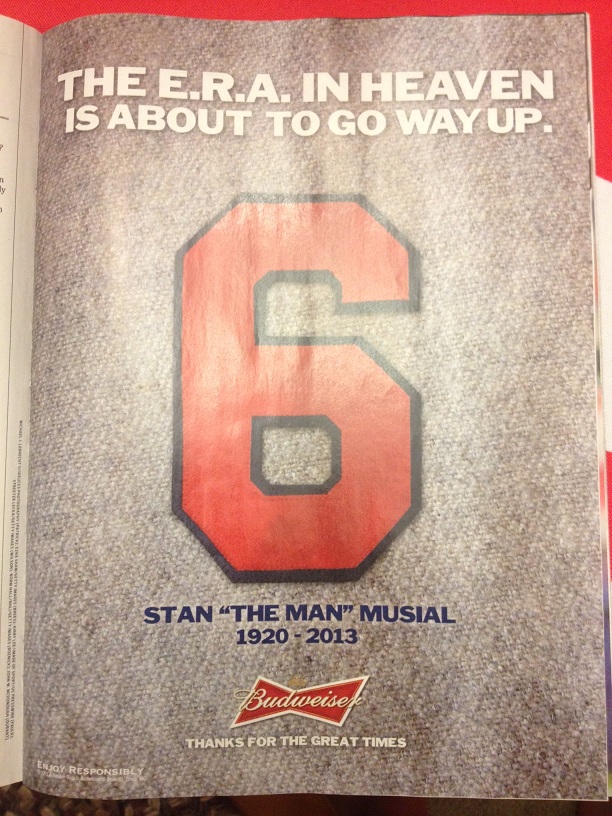 Couldn’t have said it better myself.