The Washington Redskins are on the verge of a name change.

The Cleveland Indians are feeling the heat too.

People around the country are in an uproar over the names of these teams like their names haven’t been around for decades. But you know what?

Change it. It’s just a name. Change it and get on with it. But know that you’re opening a Pandora’s Box. Because now nothing is off limits.

Never was that more apparent than in a recent article that I cannot believe the Washington Post published. Simon Waxman, editor of the Boston Review, wrote that while the Redskins should change their name immediately, we shouldn’t stop there.

He believes that U.S. Military is using racial slurs to name their machinery such as the Apache, Black Hawk, Chinook, Lakota and Cheyenne Helicopters or the Tomahawk missile. He is even up in arms over the fact that a drone is named Gray Eagle after an Indian chief.

First of all, I can see how the Redskins, Seminoles, Indians, etc. mascots are racist. They are depicting, outlandishly, a group based on their ethnicity or color of skin. They are making a mockery of ones heritage. The very term “Redskin” is a slur. Yes. I get it. Like I said, change it.

What I cannot figure out is how it is racist for the U.S. Military to name their machinery after the tribes or leaders. The Apache tribe was known for their fierce fighting, so wouldn’t it make sense to name a badass helicopter after them?

That was a rhetorical question. Of course it would.

I wouldn’t look at it like we are “stopping” there, but rather we are finally getting there. Finally getting to a place where people are looking around and realizing that “hey, this may be offensive”. It’s a huge step forward if we can somehow prevent it from getting out of hand. Mr. Waxman is a perfect example of what happens when it does get out of hand.

But, for the sake of humoring him, let’s take a look at all of the NFL teams that should, based on arguments made by Mr. Waxman himself, change their name.

The obvious choice here is the Redskins. But let’s look at other groups that are being alienated by the league.

How about the Patriots, Steelers, Titans, CHIEFS, Raiders, Cowboys, Vikings, Saints, Buccaneers and 49ers? All ten of these teams use the likeness of a group of people as their fun loving mascots. 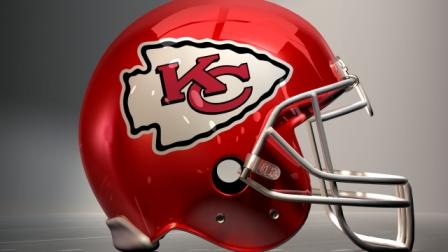 For crying out loud, the Chiefs stadium AND logo are named after a weapon fashioned by the Native Americans. But, you’re right, let’s focus on the Redskins.

Based on the criteria for finding a name “offensive” by Simon Waxman, all of those teams should change their names immediately. Forget that the Apache is honoring a tribe and in no way a racial slur. Forget that the Tomahawk Missile was named after one of the deadliest weapons used by Native Americans.

What Mr. Waxman wrote was nothing short of a soap box rant. Tired and unintelligible rhetoric meant to pile on the current events in Washington D.C. so as to say “Yeah, that Redskins name is offensive, but LOOK, I’m going after our federal government!”

So now we are left with the Jets, Browns, Texans, Chargers, Giants and Packers as the only teams that could probably keep their name without too much controversy. I say probably because this America and there is always someone trying to start shit somewhere.