Major Contract Terms For Jim Harbaugh Have Some Big Incentives

Although it was widely believed that Jim Harbaugh would be making somewhere in the neighborhood of $8 million a year at the University of Michigan, it was finalized today that his salary would be $5 million annually.

ESPN reporter Michele Steele tweeted out a print out of the major contract terms for Jim Harbaugh and he stands to make a lot more money if he can right the ship that is Michigan Football.

Some highlights include $125,000 for making it to the Big Ten title game and another cool $250,000 for winning it. The post-season is where he can make some coin, too. If he is selected to a bowl game by the College Football Playoff Committee, which is one of the four-team playoffs, and ends up winning the National Championship Game, he can take home an extra $1 million on top of his salary.

Check out the rest below. 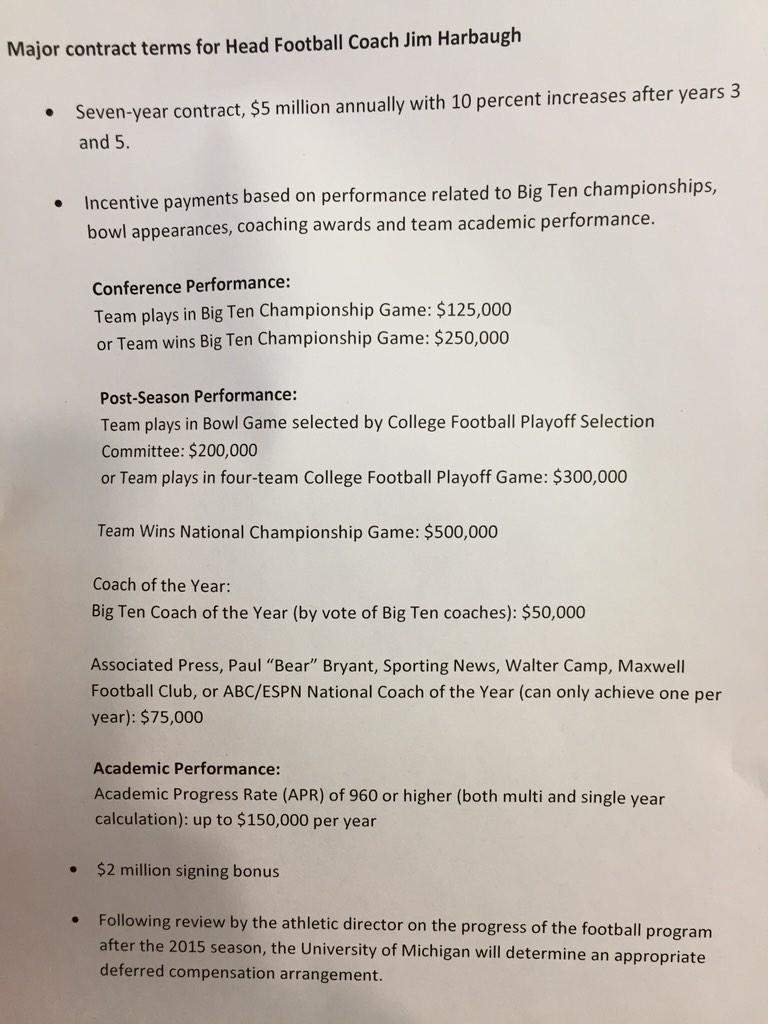