Lamar Odom Removed From Flight For Being Drunk And Vomiting

Lamar Odom must be feeling better. On Monday evening, according to TMZ, he was taking a red eye flight from LAX to New York City. Before his flight, he opted to get hammered in the airport lounge.

Unfortunately, it seems Odom’s tolerance isn’t what it used to be. After boarding the plane and finding his way to his first class seat, Odom allegedly got up and ran to the front of the plane, throwing up in the galley and then the rest room. He reappeared with vomit on his clothing. 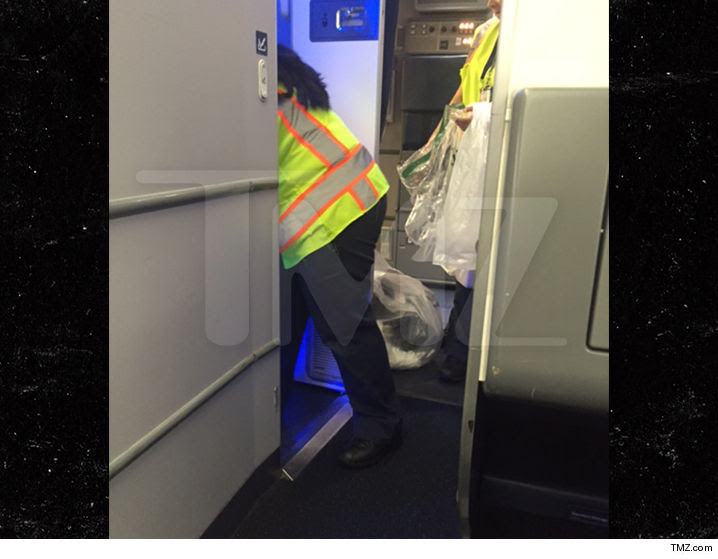 After removing Odom and his belongings from the plane, a crew came in to clean up the mess. In a shocking twist, Odom then retook his seat on the plane with vomit still on himself.

Ten minutes later, Lamar suddenly reappeared and walked down the aisle — with vomit still on his sweatpants — and took his seat again. Minutes later, we’re told Lamar got up and went back to the bathroom, using the heads of people in their seats to steady his balance.

One of the passengers told the flight attendant, “Don’t you know his history? I don’t want a dead body at 30,000 feet.” Lamar was again removed from the plane and the flight took off, arriving to NYC 40 minutes late.

Can anyone else picture giant Lamar Odom just walking down the aisle of plane grabbing heads of normal sized people so he doesn’t fall down? It’s funny, but sad.