Josh Cribbs tweeted out a heart-felt message last night to all his Cleveland fans.  He wanted to tell them just how much they had meant to him during his 8 year career.  Coming to Cleveland as an undrafted free agent in 2005, he made an immediate impact and became a successful special teams threat to opponents.  He was a 3 time Pro-Bowler and a 2 time All Pro during his time in Cleveland.  He was even named to the All Decade Team.

But apparently, it has been made glaringly obvious to Josh Cribbs that he will not be in the orange and brown next year.  We can gather that from the fact that he has said farewell to the city and the fans without actually signing anywhere else.  According to reports, the 49ers, Giants, Cowboys and Patriots have expressed interest but Cribbs has picked Arizona.

The problem is, Arizona hasn’t picked him.

According to ProFootballTalk.com, a deal with Arizona is “far from done”.  So while Josh Cribbs thinks he would like to play in Arizona, he may have a little more convincing to do.  Then again, according to his Wikipedia page, he already plays for them. 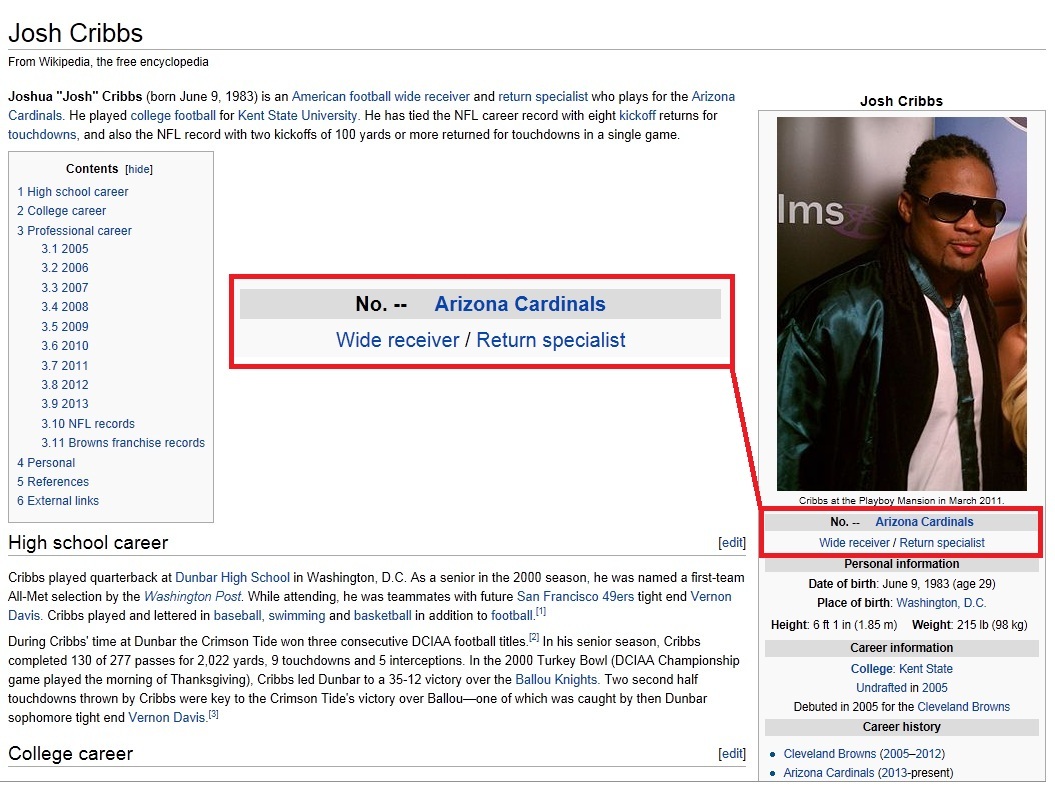 Thanks for the inadvertent shout out to Kent State too by your misuse of it’s/its.  Kent Read, Kent Write, Kent Remember What I Did Last Night!