According to Mlive.com, Detroit Red Wings prospect Riley Sheahan was arrested and charged with being “super drunk” in late October.  In Michigan, that is the term used when the person has a blood alcohol content of .17 or higher.  Sheahan blew a .30, more than four times the legal limit, at the police station after refusing to blow at the scene.  Sheahan, who is 20 years old, was also charged with providing false information after he was stopped going the wrong way down a street.  He was carrying the ID of teammate Brendan Smith, who is 23. 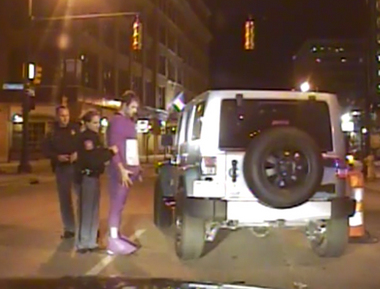 If all of that wasn’t bad enough, Sheahan was dressed as a purple Teletubby at the time of his arrest.  I’m told that would be the Tinky Winky character.  I can assume that since it was late October, he was attending a Halloween party.

Enjoy the video of Sheahan from the infamous night below.