Does Anyone Care That Adrien Broner Hurled a Racist Remark After Beating Carlos Molina?

On Saturday night, Adrien Broner beat Carlos Molina handily and afterwards during an interview with Jim Gray, he announced that he had “just beat the f–k out of a Mexican”. Immediately Jim Gray reprimanded him, but Adrien Broner just brushed it off.

That was three days ago.

I have waited three days to weigh in on this because I wanted to see what the reaction to Adrian Broner’s racist comments were going to be.

And what are those reactions?

Not necessarily in those words but if you go search the Google machine, you’ll get the jist. I’m sure all you found was articles explaining how Adrien Broner, while being a great fighter, is basically a piece of shit and likes to run his mouth. All true statements, but not really the reaction I expected.

Especially with the developments and precedents set in the past couple weeks in the sporting world thanks to Adam Silver and the NBA. 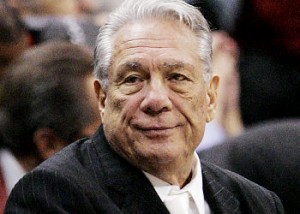 Recently, audio tapes were released from a private conversation between (former?) Los Angeles Clippers owner Donald Sterling and his girlfriend V. Stiviano. During those conversations, Sterling can be heard making racist remarks about her hanging out with “those people” and how he doesn’t want her to bring “them” to his games, among other awful things.

Immediately, the backlash against Sterling traveled faster than that video of a girl getting hit with a shovel. Players, owners and fans starting calling for Sterling to receive a lifetime ban and give up the team that he owns because of his racist comments. Soon after, commissioner Adam Silver basked in the light of camera’s as he almost had an orgasm while announcing he had banned Sterling for life. Furthermore, he would do what he could to see that at least 75% of NBA owners come together to force Sterling out as owner of the Clippers.

Or so we heard. ESPN and every other media outlet was quick to talk about how Sterling had been a racist for the last 40 years or so. Everyone in the NBA knew it, but ignored it.

See where I’m going with this?

Adrien Broner hurls a racist comment…at his opponent…while live on TV…and we sit back and just shake our heads.

Donald Sterling hurls racist comments…to his girlfriend…during taped, private conversations…and we ban him for life, fine him $2.5 million and try to take away a team he owns.

The fact that Broner isn’t paying for (literally) his remarks is very sad commentary on how this nation views racism. At the very least, Broner should be suspended for a year and fined an exorbitant amount of money. At the very most, Broner should be banned from boxing for life. After all, isn’t that what we are doing for Donald Sterling? Removing a man from the sport he’s been in for years because of racist comments he made.

You’re damn right it is.

The NBA already drew their line deep and wide. Now it’s time for the rest of sporting world to grab their sticks and start drawing theirs.