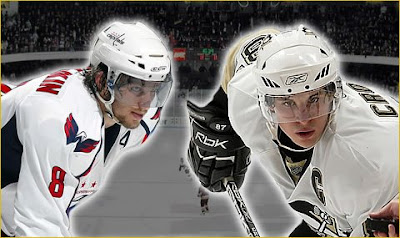 For those of you who don’t know, I’m Tim Cerimele…but you can call me Moose; avid, passionate, and knowledgeable hockey fanatic. I know the game. Currently I’m a sit-in hockey analyst (with a Barry Melrose flavor) for Thunder Treats for the 2009 NHL playoffs.

As round 2 in the NHL has finally arrived, and the weak teams have been weeded out, we will now see blood sweat and tears left on a sheet of ice each night. Quick recap of the remaining 8…

Detroit is loading their shotguns for duck hunting season as Anaheim is currently flying East for game 1 and 2 of the series in Detroit. Clearly the most talented team in the league, Detroit looks to be right on track with a 4-0 sweep over first-time playoff virgins, Columbus, in round 1. This is not Detroit’s first Dog and Pony show, they know playoffs. Anaheim, however, shocked the NHL when they beat heavy favorites San Jose in round 1. Clearly this showdown should be very gritty and although Detroit is the current owner of Lord Stanley, they skate each night with a bulls-eye on their chests, and the Ducks are not to be denied. We have to remember that anything is possible with a Flying V.

Vancouver and Chicago couldn’t wait for round 2, it seems these two teams are possessed and I think they played earlier than they were supposed to because Vancouver is up 1-0 in the series already! Anxious and hungry, both of these guys want to step into Semi’s bad. Vancouver, the only remaining team from Canada, and Chicago, trying to represent its status as one of the original 6 NHL teams from the start of the league. Expect to see a lot of team style play, fast pace, hard hits… they will put the finesse aside in this series and pound away.

Top seed Boston cruised into the 2nd round with a 4-0 sweep over Montreal and now Carolina will be tested. Boston is well rested, and with the best goaltender all season (regular season that is, because in the playoffs, goaltending is everything and the season portraying nothing). Carolina needs to bring the heat if they want to take this to a 6 or 7 game series.

And now the highlight series of the league!!! Penguins Vs. Capitals: Crosby vs. Ovechkin:

The NHL’s top 3 scorers and the new young faces of the league, come face to face on one sheet of ice. This series will tell all we’ve been wondering for years. Pittsburgh will arrive in our nation’s capital for game one. Obama may want to kick back in the Whitehouse and turn on the surround sound of is HD tv for this. Both Crosby and Ovechkin are out for blood with each other. Remember, they both had their NHL debut on the same day a few years ago and now they fight for the spotlight. I’m not even getting into this one… this is a must watch series and a big promotion for the league.