Eminem, Outkast, Kings of Leon & Skrillex Among Headliners for Lollapalooza

This morning, Lollapalooza released the much anticipated lineup for the 2014 edition of the August music festival in Grant Park in Chicago. The early leaked reports proved to be true when Eminem, Kings of Leon, Calvin Harris, Arctic Monkeys and Skrillex showed up at the top of the bill. The last headliner, Outkast, was an easy guess based on every other music festival this summer.

The smaller fonts are delivering a punch for this years Lollapalooza. Wildly popular (not for me) Lorde will be on hand as will Foster the People and The Avett Brothers. FTP wins that three way battle for me. Their new album is pretty damn good and they put on a hell of a show (circa Lolla 2011). 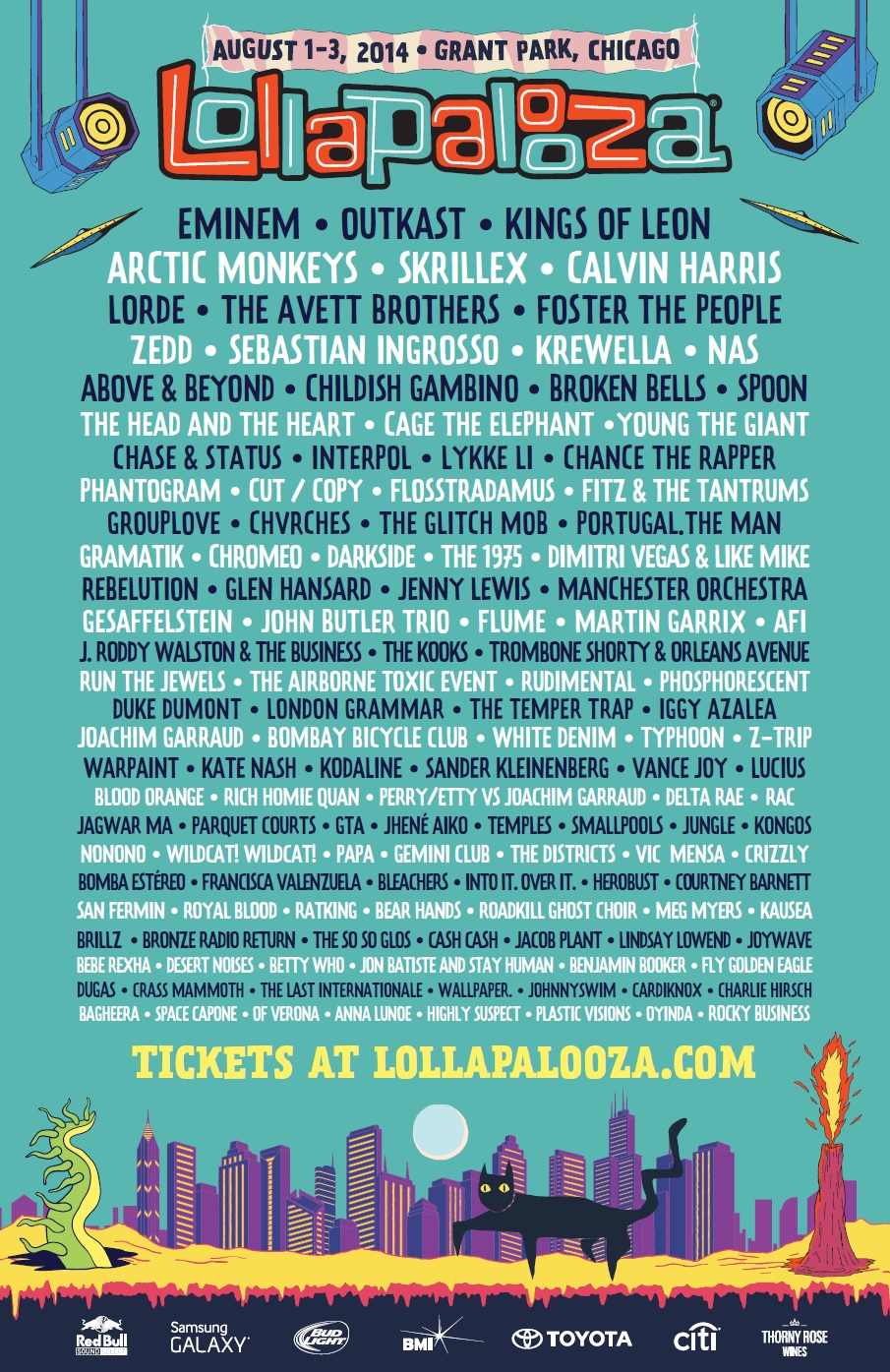 Fitz and the Tantrums, Childish Gambino, Young the Giant, Portugal. The Man, Phantogram, Cage the Elephant (in the rain at Lolla 2011!!), Cut/Copy, Chromeo, The Glitch Mob — I’m just gonna stop. Because all I’m doing is listing the damn lineup. However, those bands (and a lot of others) are not to be missed. That, of course, is assuming the people putting the schedule together don’t screw our eyes out.

Although 3 day passes are sold out, individual 1 day passes go on sale this morning at 11am ET. I know it sucks buying days individually, but at least you’ll only be coughing up $50 more than if you would have gotten a 3 day pass. Also, if you are getting your ticket today, have fun with Front Gate Tickets stand by page. They are the absolute worst ticket broker out there.