Coachella Line Ups “Leak” Before Announcement, No Official Word Yet

Every year we go through the same thing.  Right before the announcement of a lineup for a big music festival, the rumor mill starts churning out scenarios fast enough to make your head spin.  So far this year, there are a bunch of rumors for the headliners with a lot of people having a lot of different opinions, but then again, that’s what Coachella goes for I guess.  Diversity.

The biggest rumor right now would have to be The Rolling Stones.  The fact that Coachella posted a picture on their Facebook page of the Empire Polo Grounds, the site for the festival, with a big round stone sitting in the grass.  It would be cool to see the Stones since they are doing their farewell tour this year but other than a screen grab from the bands iPhone app which says they have a show in Indio, CA in April, there has been no confirmation.

Daft Punk, Phoenix, The Yeah Yeah Yeahs, Eminem, a Jay-Z & Kanye West collaboration and David Bowie are all speculated to be possibilities for headliners as well. It makes sense for The Yeah Yeah Yeahs, Eminem, Jay-Z/Kanye and Bowie because all of them have albums coming out in 2013.  I have also heard, from various sources, that maybe we’ll get to see No Doubt or Depeche Mode.  A reunion of The Postal Service has also come up online.  Unfortunately that seems like the most far-fetched of the rumors.

Below are 6 of the line ups that I have come across online.  Take them with a grain of salt because until Coachella decides to let us in on the secret, we are all in the dark.  For what it’s worth, I think the lineup featuring the Smashing Pumpkins, The Rolling Stones and Jay-Z & Kanye would absolutely destroy my face.  Take a look at everyone listed, even the small names are big.  Could make for an epic Coachella 2013.  Fingers crossed. 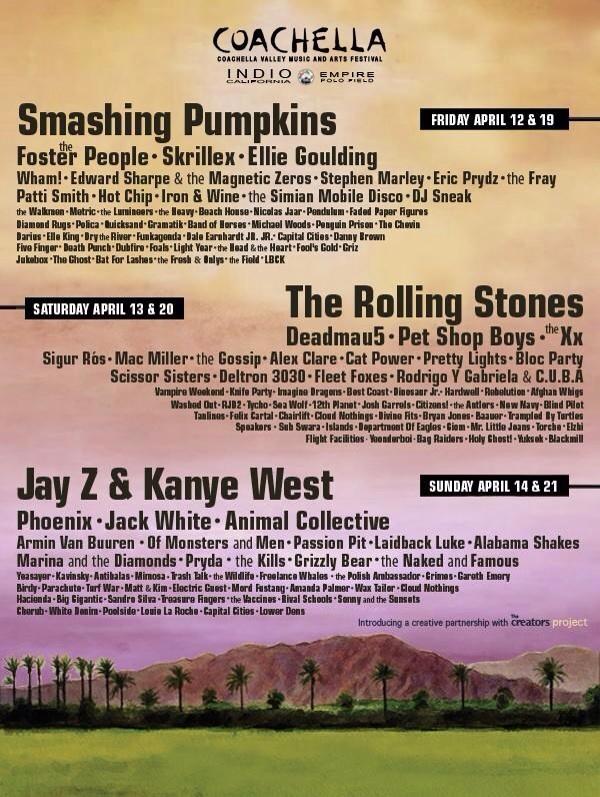 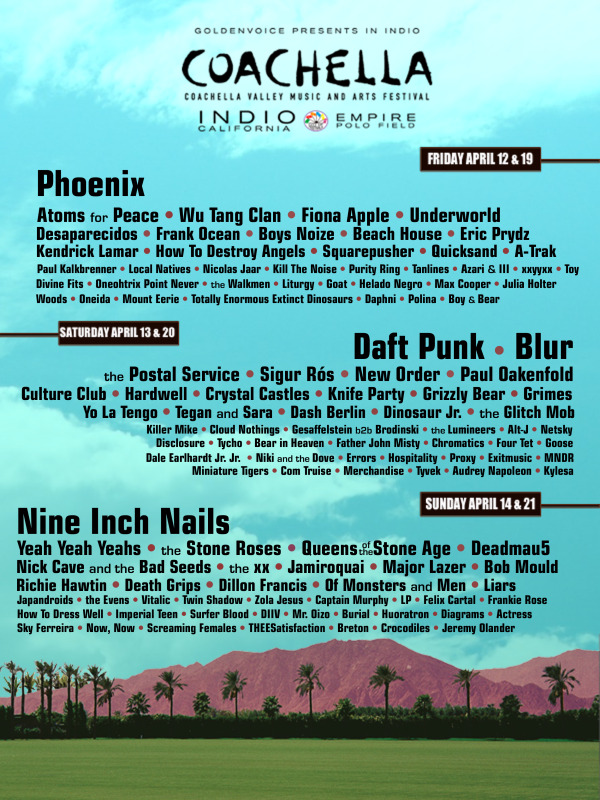 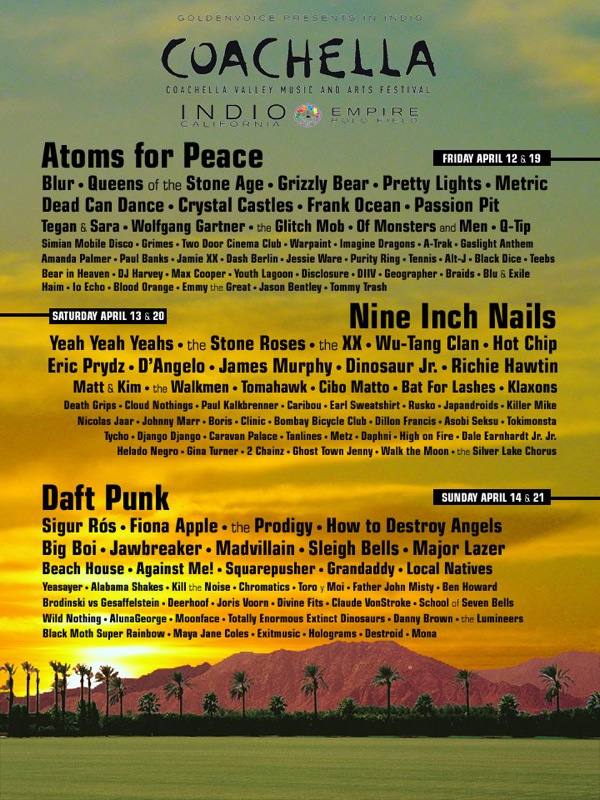