On election day, many of us were inundated with political ads urging us to vote a certain way.  At a convenience store in Warren, Ohio, a poor store clerk was getting it the worst.

Around 8 p.m. Tuesday night, an armed robber demanded that the store clerk give him “everything”, to which the store clerk obeyed.  The robber then went over the counter and took the whole drawer that contained about $800.  Before leaving, the gunmen pointed the gun at the clerk and asked who they were voting for.  The clerk tried to explain, saying he wasn’t allowed to vote but the gunmen insisted he vote for Barack Obama.

“Vote for Obama. This is Obama, bitches!” 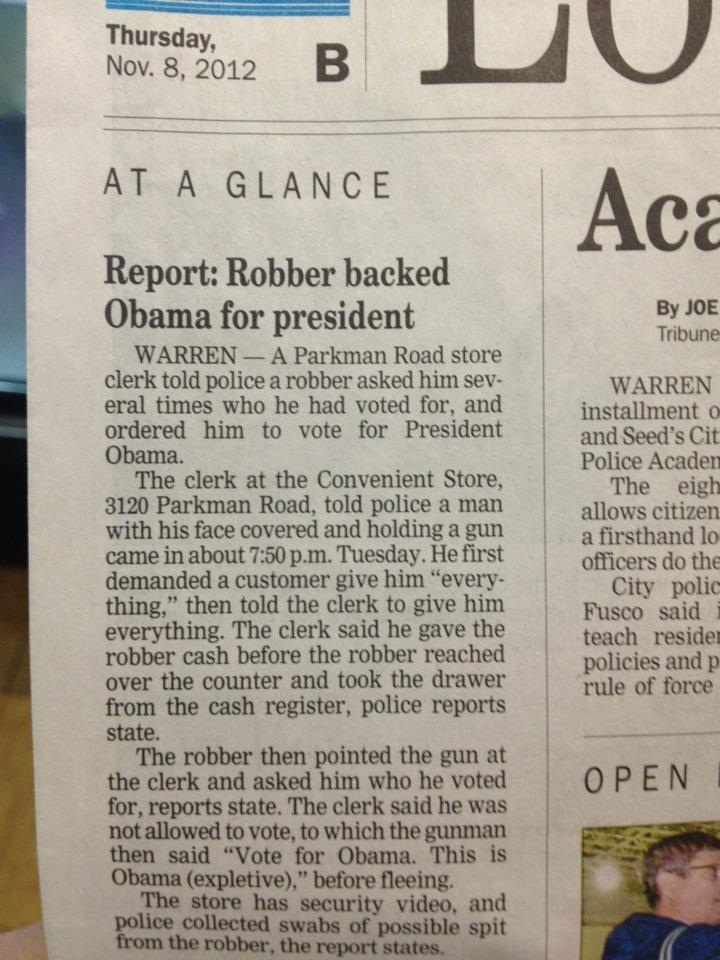 This is not funny because it was armed robbery.  This is extremely funny for two very distinct reasons.