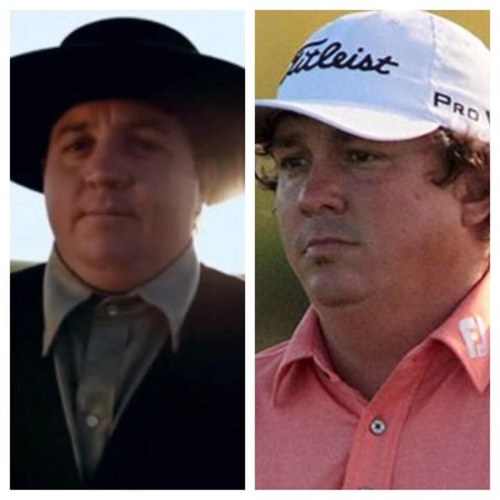 If you’re not following Jason Dufner on Twitter, now is a good time to start.  At the very least, just do it for his avatar so you’ll have something funny to see every time he tweets.  Another bonus are his “Twitter feuds” with his good friend Rickie Fowler that usually produce hilarity and garner attention from the MSM as something that is real.

For those of you who aren’t up on your television programming, the other person in the side by side photo with Dufner is Lebanon Levi from Discovery Channel’s Amish Mafia.  Yes, that is a show and yes, it is awesome.  The show follows a small group of organized men who protect the Amish community.  Episodes have featured everything from organized MMA barn fights to a “Pimp my Buggy” competition.  Check out the show on Wednesday’s at 9 on Discovery Channel.