No One Loves Them Some You… 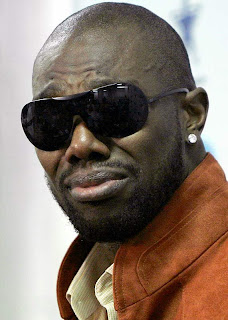 Well the Cowboys have done something smart for the first time in recent memory. They cut the locker room tumor known as Terrell Owens. After dismantling yet another team, T.O. is now on the market. The problem is no one wants him. As of 12:30pm PST, there were nine teams that had said no thanks to the ball dropping services of Mr. Owens. The Dolphins, Ravens, 49ers, Chargers, Browns (EVEN THE BROWNS), Falcons, Eagles, Cowboys and Saints have already said “thanks, but no thanks”. I am not really sure who would want to take a chance on Terrell at this point. I mean, the guy looks like he has blocks of wood duct taped to his hands. Maybe Skeletor and the Jokeland Raiders would take a stab at him. Why not? They are the NFLs wild card team (no realtion to the playoffs) and love flushing seasons down the toilet almost as much as the Browns. Owens is obviously on the backend of his career now and needs to grow up and realize that he isn’t Rod Tidwell. When T.O. starts to think about his team rather than himself, then maybe the lights and flashes from the cameras will stop blinding him and he can catch a ball.