Last week, we told you about a hipster trend going on in the inner circles of douche where they are getting hair transplanted onto their face to make their beards appear fuller. Well, if that didn’t make you shake your head into a whiplash, then get out the neck brace because the next big hipster-y thing surely will.

According to a recent New York Times article, the monocle is making a comeback as a fashion accessory for young men. The article claims they can be found from Berlin cafes to Manhattan restaurants but actual evidence, besides Jose Vega, has not been presented.

Who is Jose Vega, you may be asking. Well, I have absolutely no clue but the New York Times claims he is an aspiring rapper from Miami.

So if you’re keeping track at home, Cheddar Bob in South Beach is now dictating what the Times thinks is the next trend in fashion. Sweet.

However, for the sake of making fun of hipsters, let’s assume that this is true.

What could possibly be the benefit of using/wearing a monocle? Unless your end goal is really trying to offset your depth perception and induce a migraine. In that case, a monocle is precisely what you are looking for.

Of course, if you are a hipster, the benefits are amazing. For instance, you can now still rock your monocle while looking through your tiny brass telescope which, coincidentally, the Times also claims people are carrying around now.

Martin Raymond, a British trend forecaster, credits the rise to what he calls “the new gents,” a hipster subspecies who have been adding monocles to their bespoke tweed and distressed-boot outfits. On a recent trip to Cape Town, Mr. Raymond said, he saw such a group carrying monocles along with tiny brass telescopes kept in satchels. 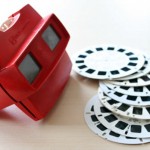 You know you had one.

Hipster subspecies? That paragraph from the Times article has singularly moved mankind back a step.

But that’s right, folks. You’ll soon be seeing hipsters with telescopes in their satchels, right next to their View Masters and bike chain belts. I wonder how long before we see the ultimate hipster move where they remove the lens from the monocle and blow everyone’s mind.

Knock it off, hipsters. We’re over it.