33 Year Old Justin Bieber Fan Spends More Than $100,000 in Plastic Surgery to Look Like His Idol, Should Receive Full Refund

33-year-old songwriter Tony Sheldon has spent a lot of money on plastic surgery, mainly because of his phobia of aging.  The problem is, he is trying to model his new self after the 19-year-old d-bag Justin Bieber.  The bigger problem? He isn’t trying nearly hard enough.  He has spent over $100,000 and the hardcore Bielieber still has a jaw reduction and nose job planned, at the advisement of his plastic surgeon (shocking).

After spending about $21,000 to lower his hairline, close off his temples (what?) and grow his bangs, he began to restructure his whole look.  Botox and Aquamid injections followed in his face and well as eyelid surgery and, perhaps the most shocking, a three-part smile surgery.

The best part, at least to me, is that he doesn’t look all that different after spending such a chunk of change. If anything, he just looks less like Val Kilmer and more like a giant creep. 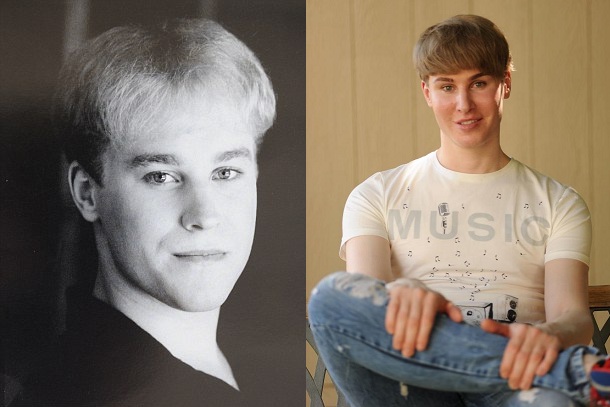 “When I first sought out to look like Justin I only paid attention to specific aspects of his boyish look like his hair and the structure of his face,” Sheldon said, “but the more I started studying Justin and young people in general it’s really their smile that gives them their youthful glow.”

What is Sheldon’s next move? You can’t fight time. My guess is in about 10 years he’ll shift over to a new idol, probably Joan Rivers, where he’ll start the final phase of becoming completely plastic.  I can, if allowed the proper amount of time, come up with approximately 500 different things to spend $100,000 on.  But to each their own, right?

I guess I really have just one question.

What was Sheldon’s reaction when he found out that Bieber cut his hair?  Dude probably went bat shit crazy.