Wow.  What a first couple rounds.  Since the first two rounds of Cougar Madness coincide with the actual tournament, Heather Graham (Georgetown), Thandi Newton (New Mexico) and Jennifer Connelly (Kansas State) were sent packing early, among others.  Also, because of Florida Gulf Coast University’s historic run to the Sweet 16, we are stuck with Nicole Kidman going up against Mary Louise Parker in a South matchup.  But also in the South lies probably the biggest matchup so far in the tournament between (1) Julie Bowen (Kansas) and (4) Jenna Elfman (Michigan). 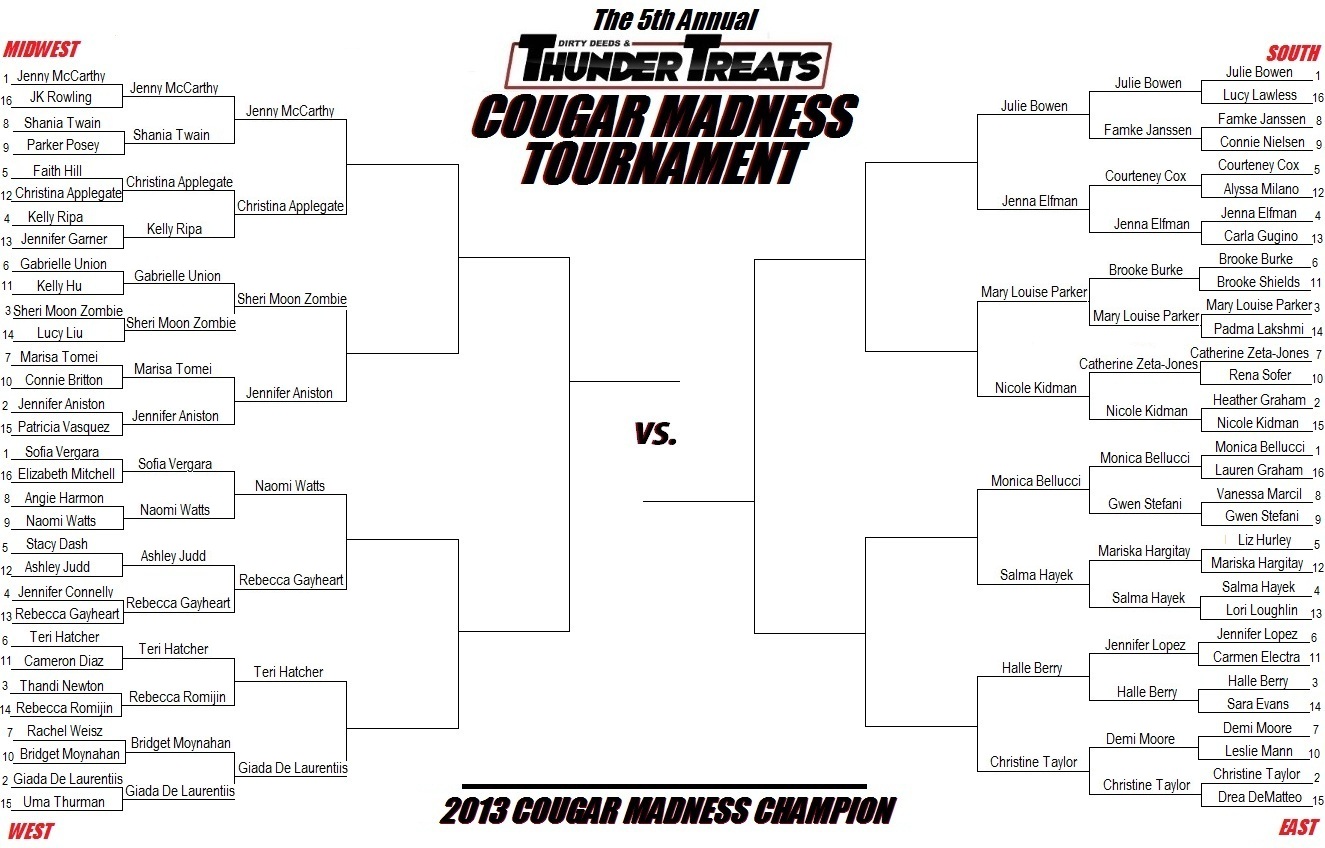