Nostalgia Pays: Childhood Toys that are Worth Serious Money

Did you keep your childhood toys or did you toss them in the trash the second you headed off to college? If you took the latter option and decided to leave childish things behind, then you might just have made a huge mistake…well if you owned any of the following toys anyway…

Was there a kid in the land who didn’t have at least one PEZ dispenser? I mean they were candy, and a toy all rolled into one – the perfect kid bait! Thanks to a mix of nostalgia and the relative rarity of some PEZ models, many of them are highly sought after now by adult collectors, and you could possibly make a pretty penny selling any of yours you have left over from childhood. I mean, the Astronaut B dispenser sold for tens of thousands of dollars on eBay back in 2006! Could you get similarly lucky?

The Furby was a huge fad in the late 90s/early 00s. It seemed like everyone had one of those fluffy little demons that seemed to be able to communicate with their owners in their own (not at all creepy) way. If you had one of them, and like a lot of people, you ended up tossing it after it maniacally in the middle of the night one time too many, you’ll be delighted to know that those things can fetch upwards of $600 now. 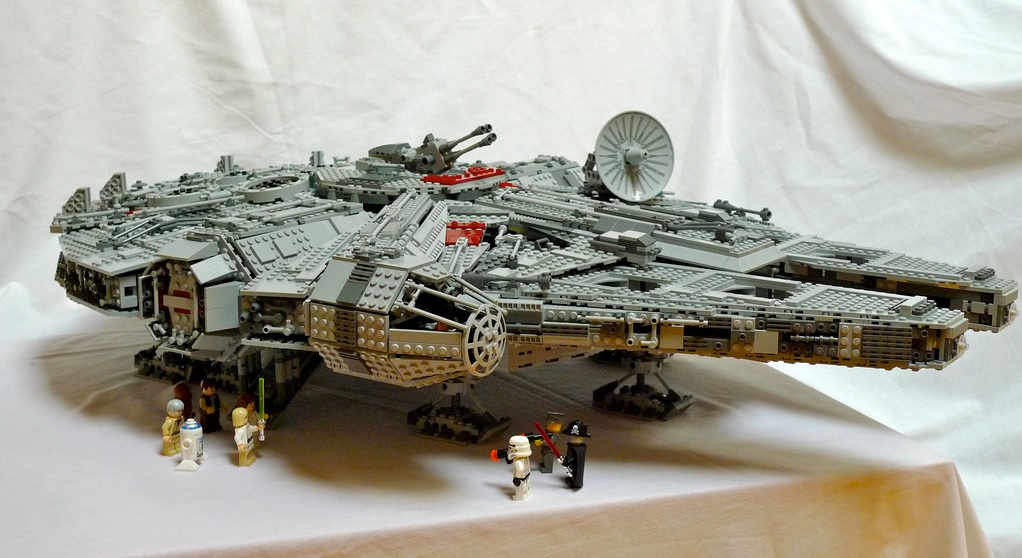 Some people take Lego very seriously, and some people take the Star Wars very seriously too, when those two things collide, things can get very expensive very fast. If you were a kid back in 2007 and you convinced your folks to hand over $500 for the Lego Ultimate Collector’s Millennium Falcon, and you still have it sitting around in a box somewhere, time to find it because you could get as much as $3750.15 for it on the open market. Wouldn’t that be amazing?

Even more amazing is the fact that a Luke Skywalker action figure made in 1978 was sold for a staggering $23507.60 (around £17,000) when it was sold at UK auction house Sotheby’s in 2015, and that’s just the tip of the iceberg. If you have one of those lying around in your attic, you could potentially be a whole lot richer in the near future.

It’s amazing that these cards too off as well as they did what with them being really quite revolting and all – it’s surprising that any of our parents handed over actual cash for them, but those disgusting little cards that kept many a kid entertained and had more than a few of us desperately looking for that one card we needed to complete out collections, can now fetch almost $1000, with very rare cards like Adam Bomb going for almost four times than that if you can find the right buyer! If you have any of these cards, and they’re in good condition, it’s definitely worth looking into their potential worth some more.

Time to take a trip back to your childhood home and your most precious plastic-based memories? We think so!