Unfortunately, knowing that, we still proceeded in telling the story of Jasmine because there is another saying that goes “if it’s on the internet, it has to be true”. 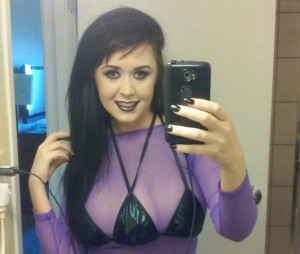 Anyway, the pictures and videos of “Jasmine Tridevil” that were floating around the internet showing her rocking a trio of fun bags are fake. Or they are real and the three boobed prosthesis is what’s fake.

That’s all well and good, but it still doesn’t tell us that her whole story is fake, just her name. That is until Tampa 10 News received and incident report from the Tampa International Airport. The report was from earlier in September when Hessler’s bag was stolen. As per usual, the incident report lists the items that were recovered and THAT is how she got busted. See the report below.. 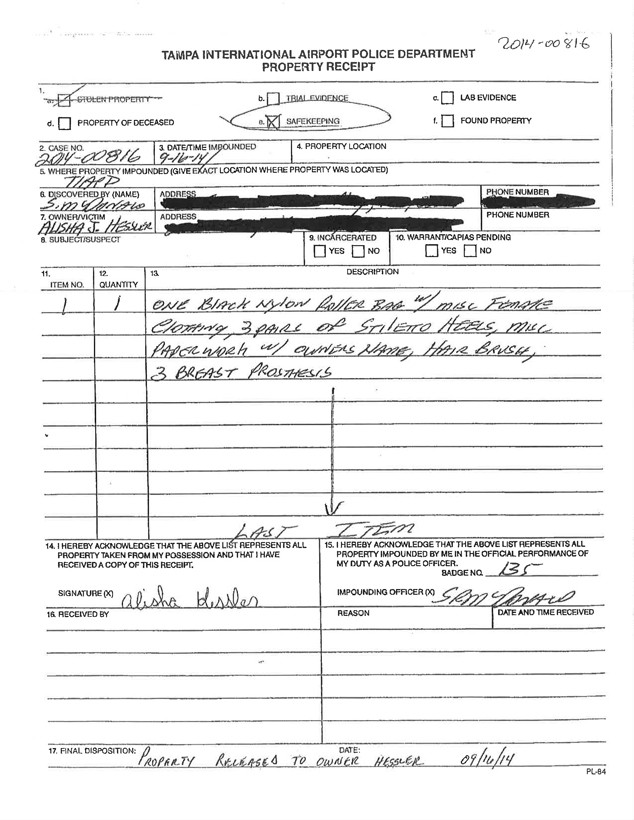 Ahhh yes, that old “3 breast prosthesis” is what brought her whole elaborate hoax to a screeching halt.

I don’t know about you guys, but I want to see how this 3 breast prosthesis works.

Also, no matter what, #3boobs is still my favorite hashtag right now.