“Like a midget at a urinal, I was gonna have to stay on my toes”

There are a lot of films from late 80’s and early 90’s that I remember watching growing up. Most of them still get me laughing my ass off today.  I especially like going back and watching them and getting all the jokes I was too young to get back in the day. One the funniest franchises from that era was ‘The Naked Gun’.

Leslie Nielson was the best dead-pan actor I have ever watched. His mannerism, or just a look, could get you going. A lot of twenty-somethings have fond memories of  Sergeant Frank Drebin, Detective Lieutenant Police Squad and now, Paramount is trying to re-hash those memories.

It was announced Friday that Ed Helms, star of “The Hangover” franchise, will take on the role of Frank Drebin in an upcoming Naked Gun reboot.  As of writing, it hasn’t been made clear if they just plan to re-make “The Naked Gun: From the Files of Police Squad” or if they are going to continue the franchise and pick up where “The Naked Gun 33-1/3: The Final Insult” left off.

I can’t speak for the masses but I am not excited for this at all. I think Ed Helms is a fantastic actor and would probably play Frank Drebin well, but I just can’t see these movies being brought back with a 21st century twist.  Excuse me if I’m being a little too “get off my lawn”, but I the original Naked Gun movies are the best and should be left alone. 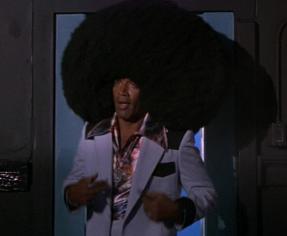 This is just another example of Hollywood being lazy and unable to come up with a fresh idea. How about you people gather around and have a brain storming session, ya know, like they used to? Quit taking classic movies and blowing the dust off them only to punch them in the gut.

The only way I can see this working is if Ed Helms is playing Frank Drebin Jr. and carrying on the legacy of his father. There was only one Sergeant Frank Drebin, Detective Lieutenant Police Squad then, and there should only be one now.

Side bar: Who plays Nordberg?