Did anyone else see the two girls making out on Tosh.O last night? 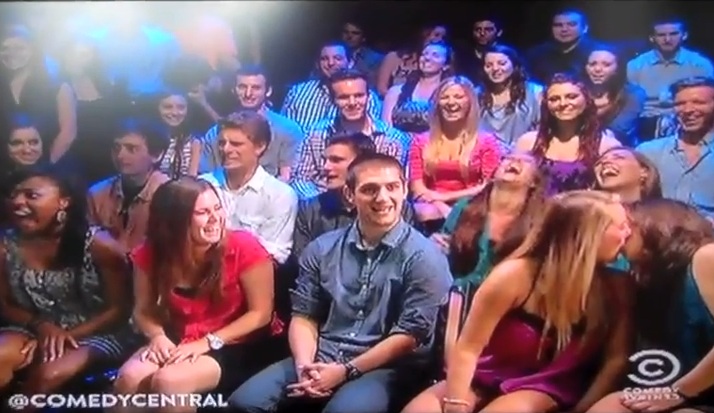 Last night was the fourth season premier of Tosh.O on Comedy Central.  A couple things were unveiled including his new wardrobe for the new season (high fashion) and who would be his replacement host for the show (Chris Rock).  However, it looked as though something unplanned had happened while panning the audience.  At first look, you see these two lovely females sitting next to each other and when the camera pans back to them, BAM, make out sesh. 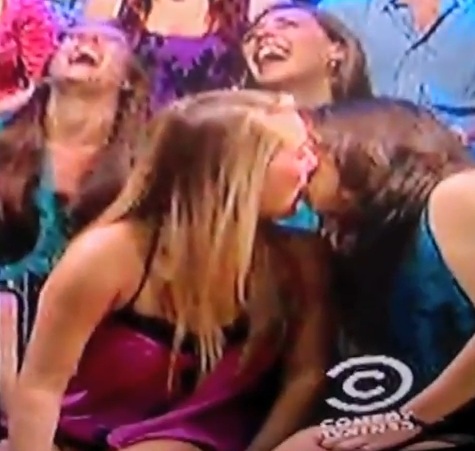 I can’t figure out if this is something Daniel Tosh just threw in as a little kicker or if this was a perfectly pulled off stunt by these ladies.

Perhaps this is the beginning of audience shenanigans that we will be treated to on a weekly basis.  Keep your eyes peeled.