FINALLY!  We have been waiting patiently for about a year to see the new crop of cougars to be included in this years Cougar Madness tournament!  For those of you who are unaware, every March we put together the hottest 64 women in Hollywood over the age of 40 and seed them just like the NCAA Tournament seeds their teams.  The first two round of Cougar Madness will correspond with the actual tournament.  So, for example, if (1) Gonzaga advances so will (1) Sofia Vergara.  Once the field is set for the Sexy 16 we will open voting to you guys.  The rounds will correspond with the actual tournament with the Cougar Madness Cougar Champion being crowned on April 9th, the day after the actual championship.

It should be noted that this year, 21 cougars were replaced from last years field.  Both myself and @DiNunz had a hell of a time with the seeding and we really feel bad for the actual selection committee.  Big time matchups to watch out for are (8) Vanessa Marcil vs (9) Gwen Stefani in the East region and (5) Faith Hill vs (12) Christina Applegate in the Midwest.

The number one seeds, as announced on the Podcast, are Sofia Vergara, Jenny McCarthy, Monica Bellucci and Julie Bowen.  It is an extra special honor for Sofia Vergara and Jenny McCarthy because they just became eligible for Cougar Madness by turning 40 this year.

The bracket is below.  Also, because I love all of you, I put together galleries of all the matchups in case you are unfamiliar with any of the Cougars.  Make sure to print out your bracket and follow along and be ready to start voting next week!  Thanks guys!  Follow Thunder Treats on Twitter and Facebook to keep up with the Cougar Madness Tournament! 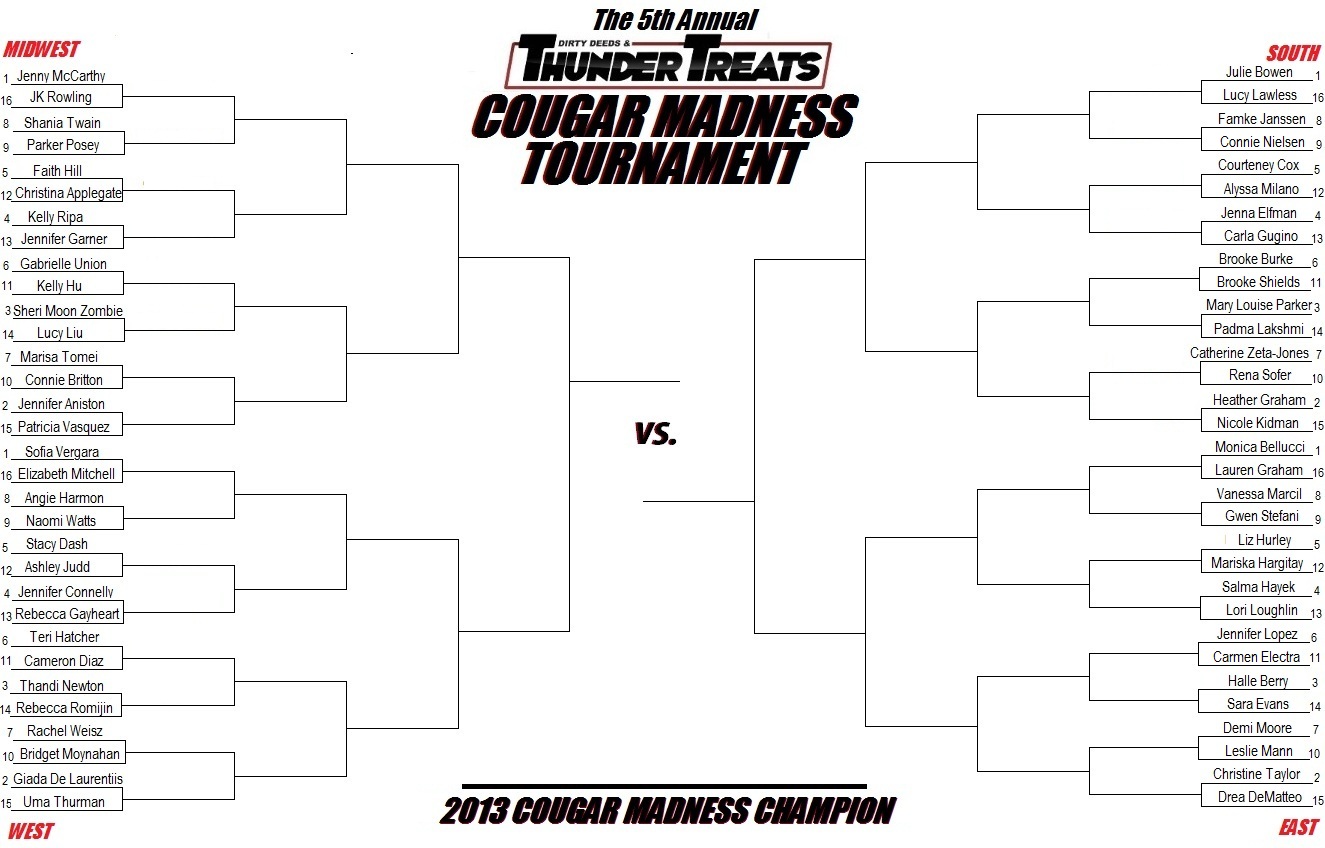