The Fantasy Four of the 2013 Cougar Madness Tournament has been set!  It is now up to you, Thunder Nation, to crown this years Cougar Champion.  The Elite 8 voting was some of the closest margins of victory we have ever seen in the tournaments five year existence.  Some of these cougars are lucky to have reached the Fantasy Four at all.

Overall number one seed, and many people’s favorite to win, Jenny McCarthy slid past the always tough Jennifer Aniston by ONE vote.  Giada De Laurentiis didn’t have any problem putting Naomi Watts as she beat her by a whopping 63 votes.

On the other side of the bracket, Mary Louise Parker was hoping to keep her dream of becoming the first two-time winner of Cougar Madness alive but was thwarted by Julie Bowen.  Like the McCarthy/Aniston match, this was another close one.  Bowen moved on to the Fantasy Four by just TWO votes.

Even though all of that is shocking, I don’ think anyone could have seen such a strong push for Monica Bellucci.  Especially when she was going against the gorgeous Halle Berry.  The Italian beauty wasted no time in laying Berry to waste and came away with a victory by over 30 votes.

Make sure to vote and spread the word for your favorite cougar!  Voting for the Cougar Championship goes until Friday afternoon.  After that, voting will be open for the new Cougar Champion who will be named Tuesday morning! 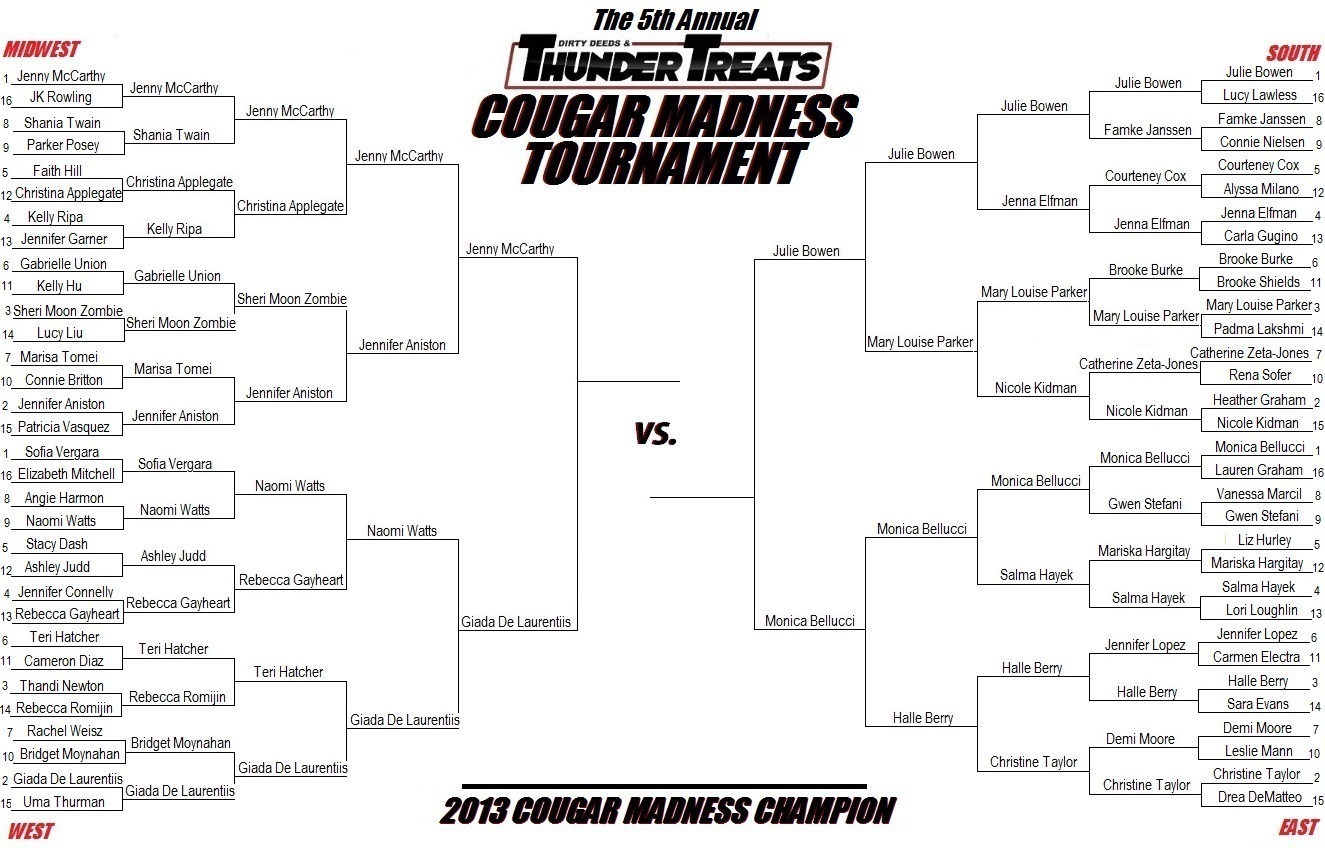