This weeks cover of Sports Illustrated got some last minute changes after the horrific events that unfolded yesterday afternoon towards the end of the Boston Marathon.  Nearing their deadline for the weekly issue, the editors made a tough decision and decided to go with a cover dedicated to the event and the victims.  Their issue will tell the story of Monday, April 15, 2013 in detail with an expansive photo collection.

When asked in an interview about why they chose this cover, SI Managing Editor Chris Stone appeared as if it wasn’t a matter of if, but more how, they could capture the event.

After meeting with senior editors late Monday afternoon, we chose to run the cover photo because we felt it truly captured the horrific moment at the end of the race—there’s a fallen runner, police with their guns drawn and loose debris from the explosion. Inside SI, we wanted to help tell the story through photos and words (as written on the cover). We dedicated the entire Leading Off section to photos from Boston. They are extremely emotional and do a great job of chronicling the chaos that ensued. 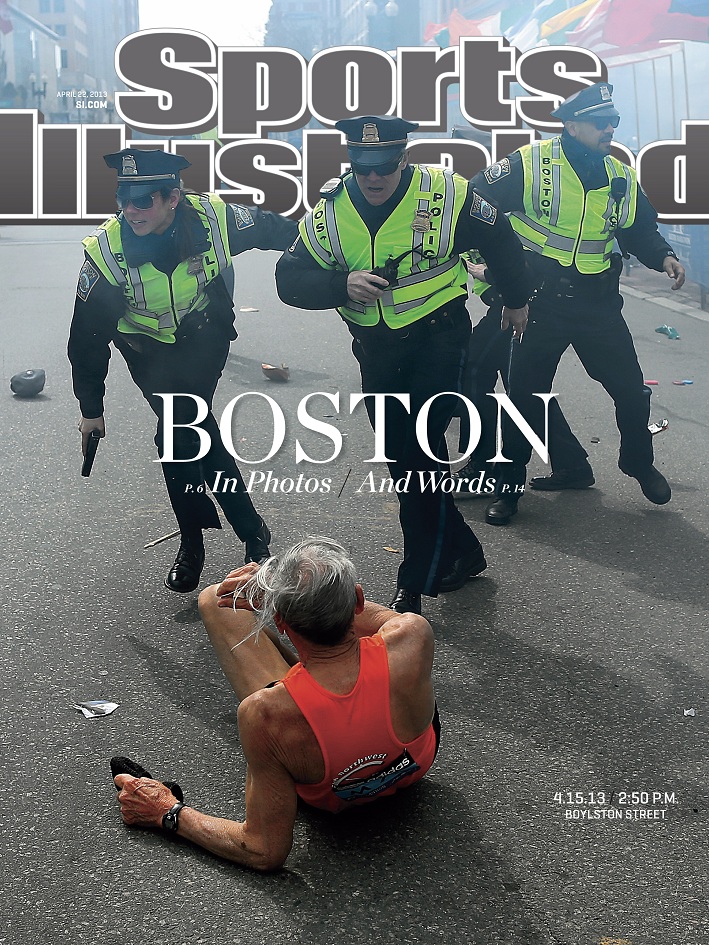