Thunder Treats buddy Drew from Las Vegas got lucky this weekend.  While he throws money down every weekend on a parlay card, and most of the time comes close, he has yet to hit the coveted 15 for 15 mark.  That all changed this past weekend when Drew not only hammered everyone of his bets, but also his hedge bet.  For those of you who don’t gamble, a person will “hedge” their bet by betting the opposite of the their original wager, to give them some insurance of winning something.  Drew explains below..

Similar to the parlay cards casinos put out every week, they also put out teaser cards. A teaser card is the same thing as a parlay card, except you get to adjust the original line or total by 4-5 pts in your favor.  You can pick anywhere from 2-15 college or pro games, either by the points or the over/under.  Every week I throw $5-$20 on a teaser card with my best 15 picks.  This week, after going 14/14, I hedged my bet on the 15th and final game of my parley card by putting $550 on under the original total of 50.5 to guarantee myself at least $500.  I just got lucky to win both when the final total landed on 48……especially after they scored 41 in the first half. 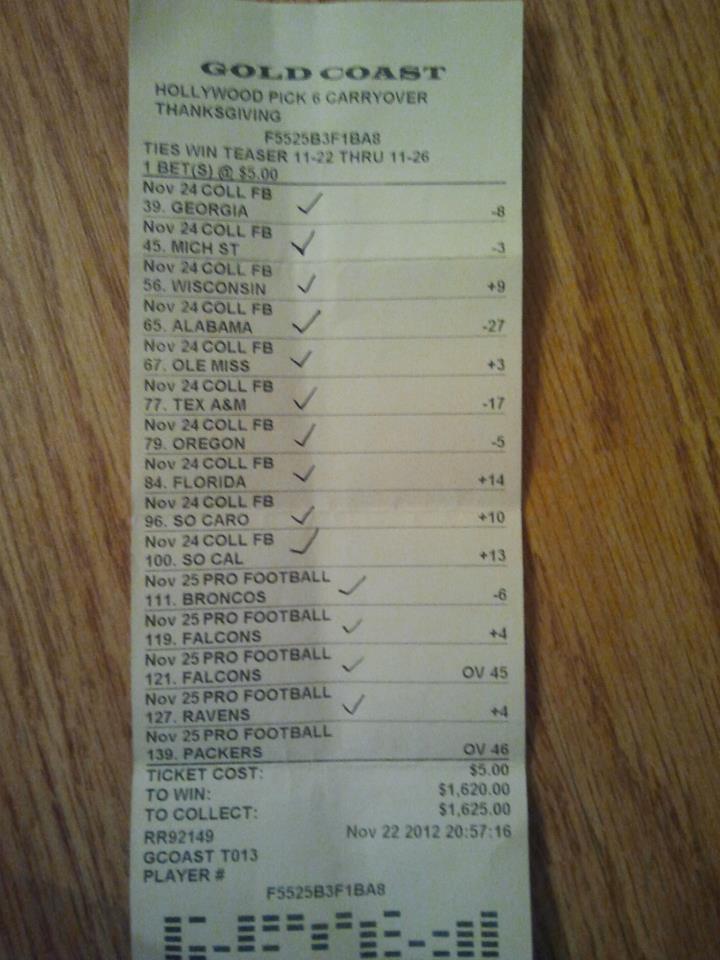