6 Easy Ways to Sneak Booze into Your Summer Music Festival

Heading to a summer music festival? Maybe even just a summer concert or sporting event? Then you’re going to need a means of transporting your alcohol through security discretely. I’m not saying all your alcohol, but enough so you won’t break the bank buying drinks once inside the venue.

Some people, like our friend Donk, will just man up and duct tape a fifth of whiskey to the inside of his thigh. Works pretty well, unless you get a touchy-feely security guard. Also, the pain you endure when in the port-o-potty removing said tape may not be worth the reward.

For those of you not wanting to remove a layer of skin for the sake of some shots, maybe you should look into spending some coin on a couple of these flasks that security won’t give a second look. 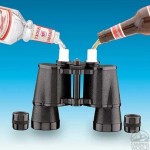 I’ll start with the more well-known binoculars that double as a flask, aka the Barnoculars. This have been a staple at sporting events and festivals for years and will always get by security. Holding 13 shots might be the best feature about these bad boys, in addition to being able to wear them around your neck for easy access. You’ll be hard pressed to find a better way to spend $16. 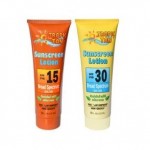 Next, we have the sun tan lotion flasks. Sure, you can make them at home, but you can never really get that greasy coconut flavor out of your whiskey. I guess that really only matters by how drunk you are, but still not something you want to attempt. These bad boys can be tossed in a bag and will be glossed right over by security because every has sun tan lotion. Everyone.

For the women in the group, how about some tampon flasks? Everyone reading this knows that no man wants to question a woman about a tampon. Since about 85% of security at the gate will be male, I think you’ll be fine. Just pick the line with flustered-looking male security guard and you’ll be doing free shots in no time. If you’re afraid you’ll get your flask tampon mixed up with your real tampon — Godspeed if you do — then maybe you should opt for the hairbrush flask, which you can use as an actual brush. I know what you’re thinking and yes, I do have all the answers. 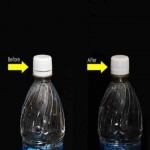 If money is a factor — and let’s face it, your reading an article on how to sneak alcohol into a venue, it is — then perhaps you would be interested in these bottle caps. They go on a standard 20 oz. bottle and give the appearance of a sealed bottle. This is perfect because almost every outdoor summer venue allows you to bring one bottle of water, unopened. So go get yourself an Aquafina, chug it (never too late to hydrate), and then fill it with your favorite vodka.

Lastly, just for an awesome flask, Ink Whiskey is offering up Nintendo game cartridges as flasks. Any person in 25-35 range will surely enjoy this blast of nostalgia while taking shots. At only $20, it’s not only a conversation starter but a damn good deal too. It may look a little conspicuous in your bag, but they are looking for alcohol and drugs, not instantaneous bliss from the late 80’s.

I know there are more options, but these were just some of my favorites. It makes sense to bring in a little booze, at roughly $7-$10 per beer in some festivals such as Lollapalooza and Governors Ball, you’ll be able to save yourself a little coin.

Just remember though, liquor before beer.